Everything you need to know about Seville

The largest city and the capital of Spain’s Andalucía region, doused in rich history and charm alike, Seville is fast becoming one of the go-to cities in the whole of Europe. Be enticed by the character soaked narrow streets, decorated and lined by citrus splashes of striking oranges and lemons from the fruit-bearing trees, providing the perfect backdrop whilst you explore and get lost within. Seville’s rise to prominence may be recent, but it has kept a hold of all its authentic culture, exquisite tapas, and traditional Flamenco – all of which can be found in the shadow of the largest Gothic Cathedral in the world.

Spring is a great time to visit Seville, escaping the busy summer crowds and the unbearable heat which also accompanies the later months.

There’re so many different layers to this city, which are influenced by its lavish history – it’d be easy just to spend a day or so wandering around not particularly doing anything – other than multiple stops for tapas, of course. Around 3-4 days will keep you busy and give you enough time to enjoy the Andalucian capital – but definitely plan for longer if you intend to venture out and explore more of the region. 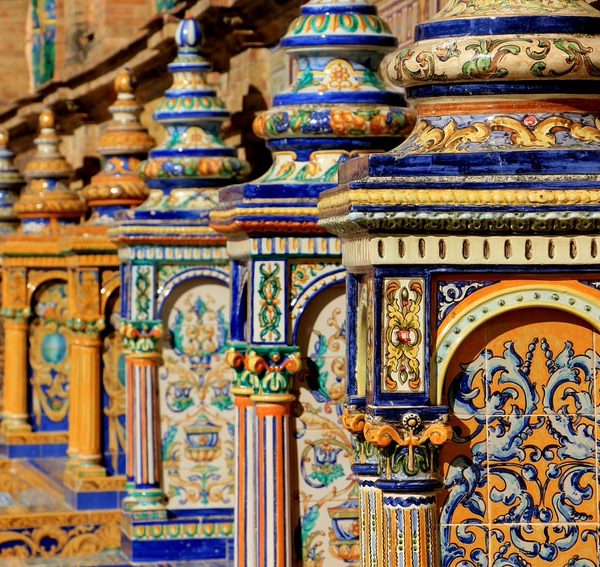 There’s nowhere which displays and represents Seville’s past so vividly as both Christian and Mudejar architecture come together to create this quite phenomenal spectacle. Game of Thrones fans may recognise Alcazar from the hit series but be sure to spend more than the length of an episode exploring all corners of this palace, which dates back to the early 10th century. Now a World Heritage site, the palace has seen multiple transformations and renovations over the years, which adds to the intrigue – no building in the grounds is worth ‘skipping’, nor the Alcazar Gardens. Fruit trees, palm trees, fountains and pavilions provide a stunning setting to wander round and escape in – there’ll be tourists aplenty here, but you can somehow always find a quiet spot to truly admire these beautiful grounds.

Throughout the city, you can see two tall towers peaking out above many of the rooftops and trees – our advice is to follow your intrigue and check them out, you will certainly not be disappointed with where they lead you. A majestic and unique plaza designed for the 1929 Ibero-American Exhibition is one that remains full of life, as tourists and street performers alike flock to the area. The four bridges represent the four ancient kingdoms of Spain and is one example that the architecture is not only to be admired but also researched to truly appreciate the meaning behind it. When you’re finished, sit back, relax and let your friend do all the work as you enjoy a boat trip around the canal. 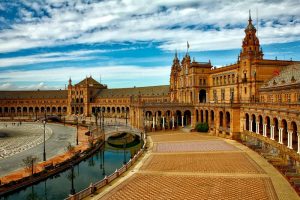 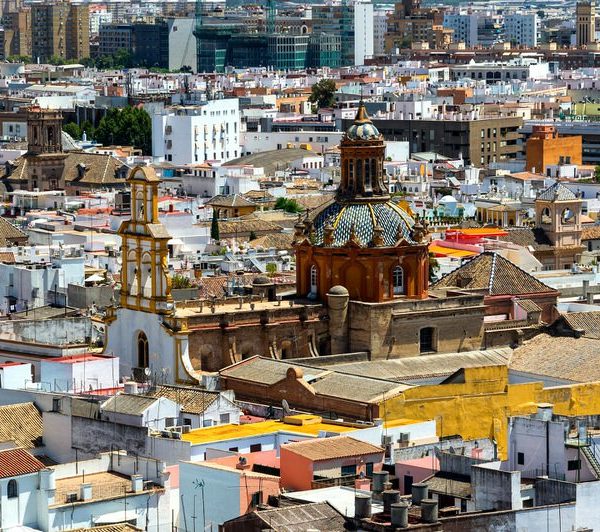 At the start of the 15th century, the mosque which came before was torn down and replaced by the Cathedral, the 3rd largest church in Europe and reportedly home to the tomb of Christopher Columbus – they did however keep the original bell tower at the side – known locally as La Giralda. Fascinatingly, despite being over 98 metres tall, La Giralda houses just 17 steps in it – with a spiral ramp making up much of the core. Whilst this may seem a strange decision nowadays – its practical purpose allowed someone to climb quickly to the top of the tower by horseback to put out the call for Muslims to pray – a whole lot easier than climbing up and down stairs 5-times a day, if not so for the poor horse. Whilst the spiral ramp remains, nowadays it’s main purpose is to offer tourists astonishing views of Seville and all that surrounds it – and will help to burn you off some of that tapas! 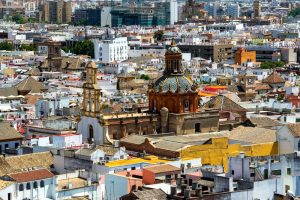 The background of the Flamenco dance has long been argued over and discussed – it is certain however that its origins come from Andalucía. Heavily inspired by Spain’s Arab influence, as well as later by Jews and Christians, it’s then believed it was adapted again by Gypsies. Whatever it’s roots, the end result is something special and, if you haven’t witnessed an Andalucían Flamenco performance before, then you really need to make sure you change that before you leave Seville. Head for the old gypsy neighbourhood of Tirana, and find yourself a smaller, more intimate venue, where you can really see the passion and emotion of true Flamenco.

We’ve recommended culturally rich and historic buildings, where past influences of different civilizations have made their mark, where kings have lived, and famous explorers are entombed – now we’re also recommending a 26 metre high mushroom in the middle of the city. You might think this looks a bit out of place in our what to do section, you might even think it probably would look out of place in the middle of this beautiful city – but somehow, it works – or at least we think so. It isn’t to everyone’s taste to look at, but the panoramic views from the top can’t be argued with and are well worth the few euros entrance fee – and if you’re still on the fence about it, there’s a bar at the top too. 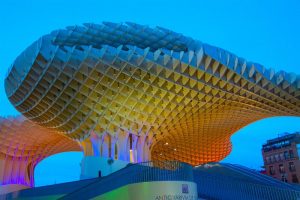 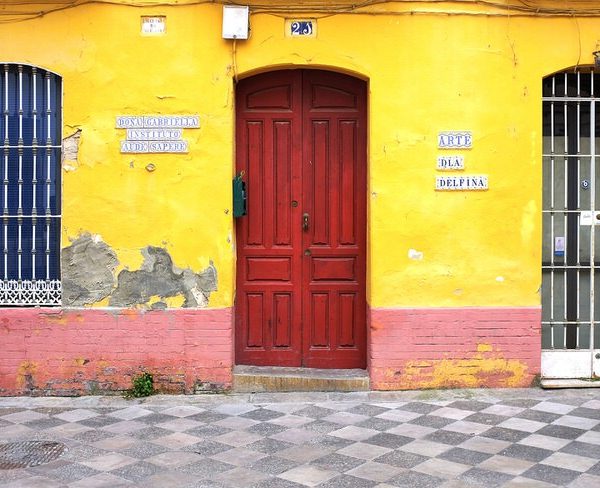 The history of Seville is based around a fascinating tug of power and influence between Muslim Moors and Christians – the impact of both is prominent in the city. Starting in 711, North African Muslims captured the Iberian Peninsula and ruled for 5 centuries. Whilst the Muslim State was diminishing, Christians against the Moorish rule led a successful movement to expel the Moors from Spain.

The Moors’ distinct mark on Andalucian culture can still be seen all over the city today – in the spectacular palace of Alcazar which was rebuilt in a Moorish style, albeit for Christian purposes.

In 1503, Seville was to become one of the wealthiest and largest cities on the planet, after being awarded a monopoly on Spanish trade with the Americas. The smaller ships at the time could easily navigate through the Guadalquivir, bringing gold and silver to Seville and turning it into one of Europe’s most beautiful cities – the latter still being the case today.

However a combination of a plague in 1649, killing half of the city’s population, and the increase in size of the ships meant that Seville was not the ideal place to home the Casa de la Contratación. This was instead moved to the big-port city of Cadiz, and consequently took the trade and wealth with it, away from Seville. 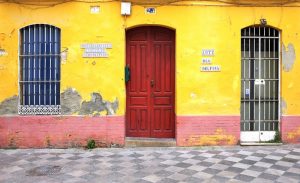 A food lovers paradise – but not for the indecisive! If you think the choice of where to eat is a tough one, wait until you have to decide what to eat. Tapas is very much the culture here, and lots of it – if you can’t understand what the menu says, you don’t need to worry because it more than likely still tastes amazing. If you’re struggling for somewhere to begin, we’d recommend El Rinconcillo – one of the oldest restaurants in the city with food to die for – there’s a good chance you’ll be eating standing up such is its popularity among the locals, but don’t worry, you’ll fast learn that’s the norm here and all part of the experience. The only thing we warn against eating are the oranges hanging from the trees you’ll see all over the city, as tempting as they may look – trust us – we’d hate to say we told you so!

It’s not the party capital of Spain, but there is certainly enough going on to keep you entertained 7 nights of the week. First things first, forget about Sangria because you’ll do well to find it here – instead, opt for a Tinto de Verano – red wine and Fanta lemon, a taste sensation that will also win you points with the locals. As for where to go, head to El Arenal neighbourhood where you’ll find an array of cocktail bars (and more tapa obviously) or try out Alameda if it’s live music you’re after. 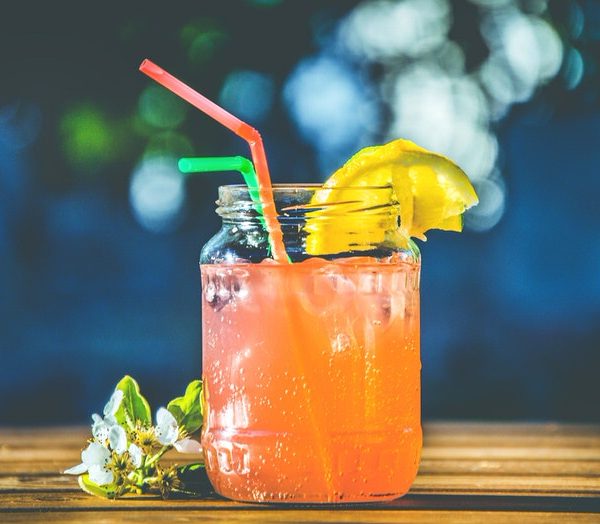 Seville’s airport is about a 15-minute car journey into the centre, or around just over double that if you opt to take one of the cheaper and frequent buses connecting to the city. Santa Justa is the main train station which is just a 10 minute walk from the centre of Seville, as is the bus station of Plaza de Armas – both of which have great local connections, as well as routes to the major destinations further North – Madrid, Barcelona, Valencia, Galicia; as well as Portugal.

A Selection of Trips and Tours that include Seville 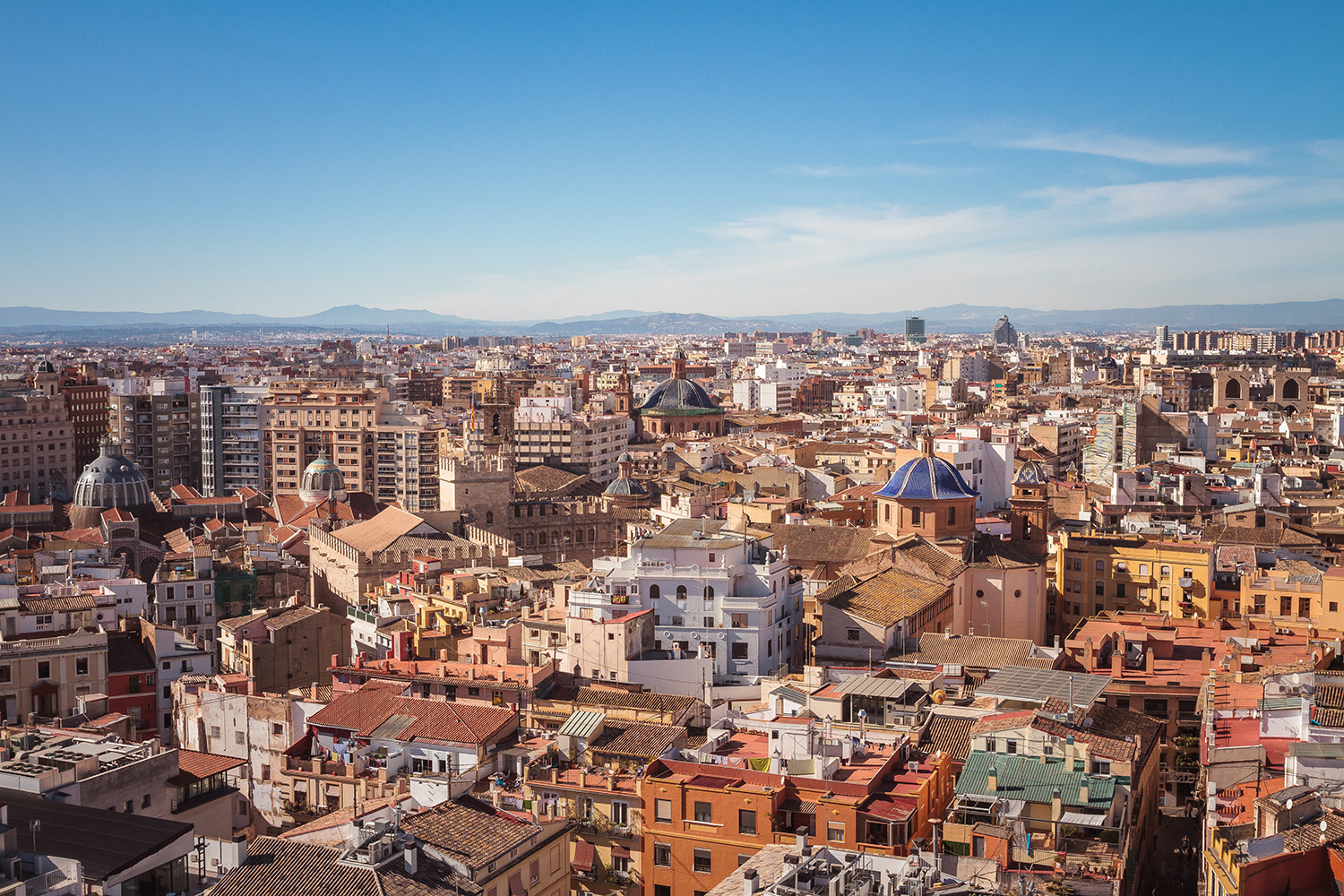 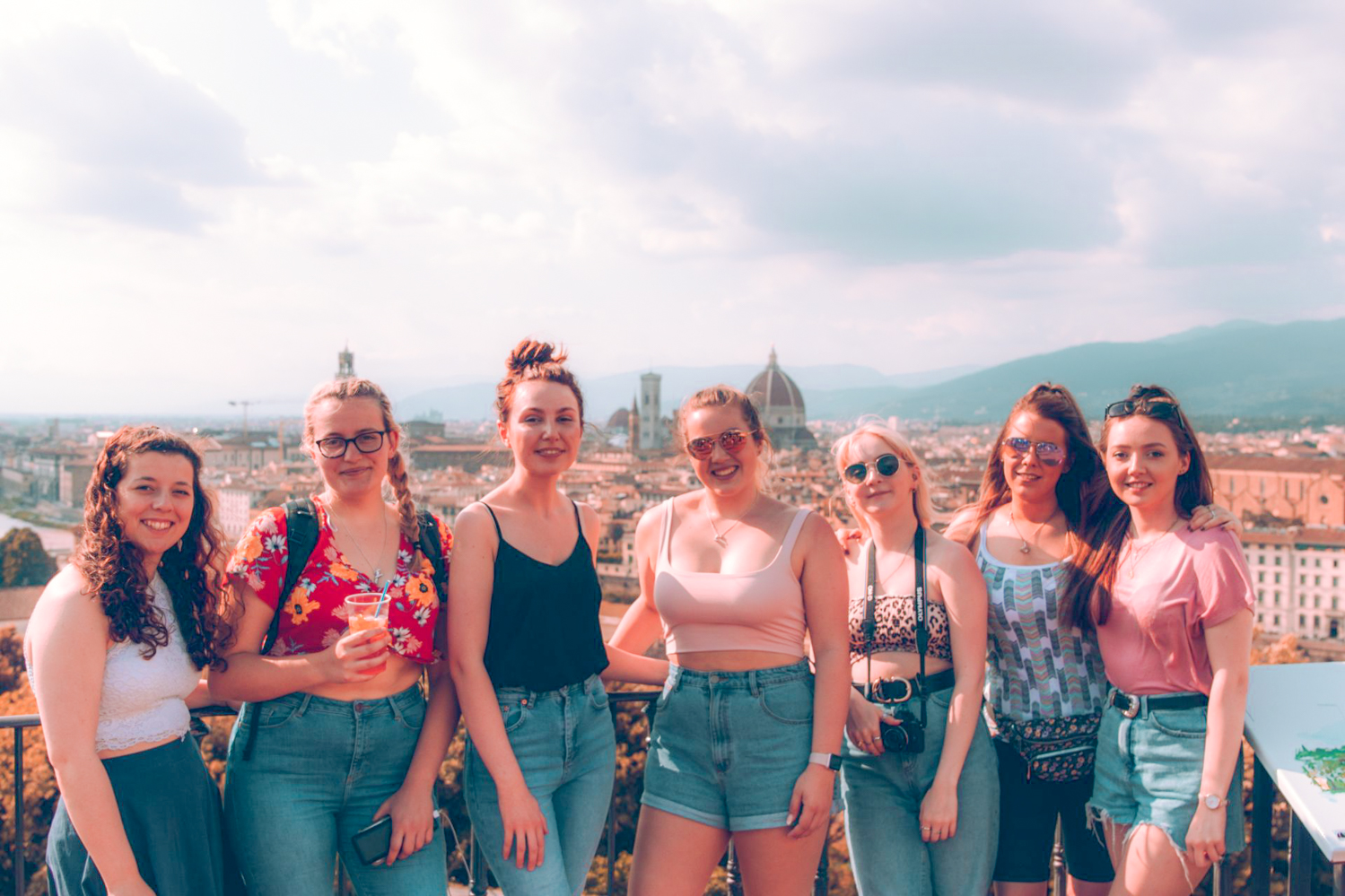 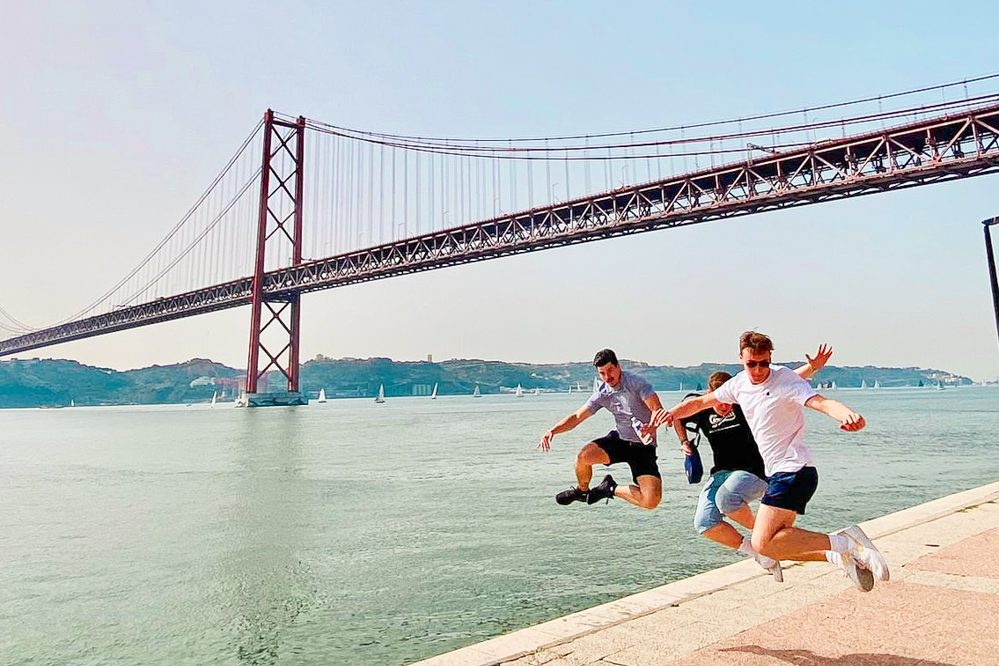 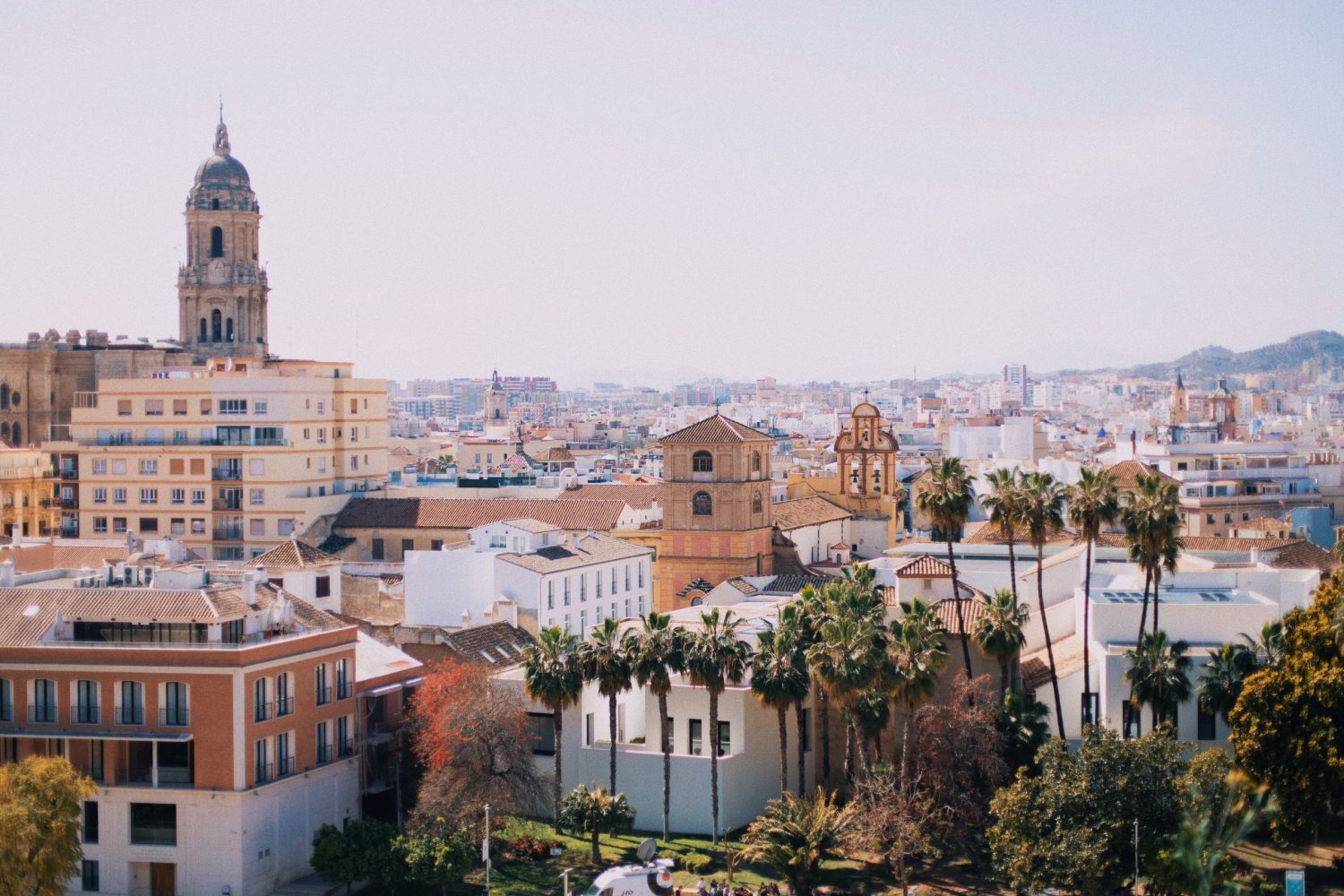