When you book with an account, you will be able to track your payment status, track the confirmation and you can also rate the tour after you finished the tour.
Sign Up
2276 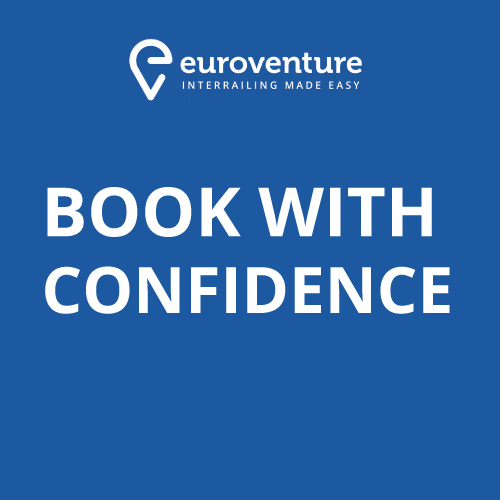 Transport: This route is a 15 day trip and you’ll spend 14 nights in your accommodation and travel by bus or private transfer during the day.

Sustainability:  This trip only creates 76 kg of carbon emissions! To fly the same route would cost 404.2 ♻️ 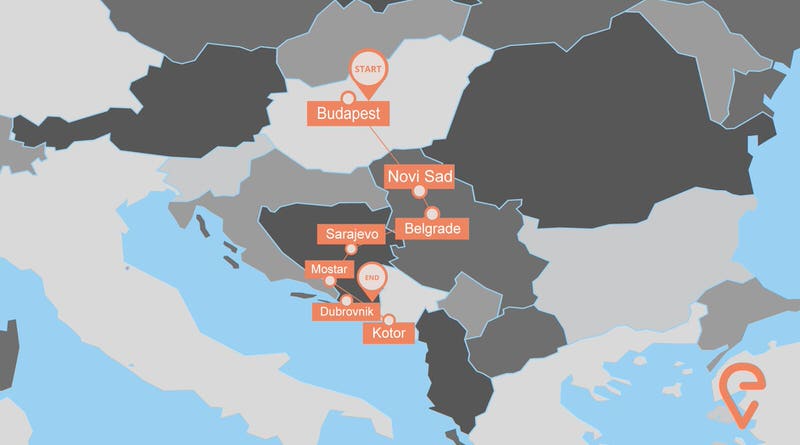 If you’ve already visited the traditional hotspots of Central Europe and fancy something a little bit more adventurous, our Balkan Trail is perfect for you! The tourist path in this region can be less well-trodden than in Western Europe, but getting off the beaten track here is seriously worthwhile. If you’re into incredible landscapes, authentic experiences and the friendliest people, and you’re not afraid of a little adventure, pick the Balkan Trail!

Would you rather travel with a group and experienced tour leader? Our Balkan Group Tour could be a better fit for you.

Fancy something different? Discover the best of the Balkans!

The Balkans are a lesser explored part of Eastern Europe, but if anything they’re even more beautiful and fascinating than some of Europe’s more typical hotspots. This Eastern Europe trip takes you on a Balkan adventure – from Budapest down to idyllic Montenegro and Dubrovnik.

Begin your Balkan Tour in the Hungarian capital, Budapest – gateway to Eastern Europe – before moving on to Novi Sad in Serbia. This gorgeous city may not be the country’s capital but it offers plenty to do and see. Home to the magical Petrovaradin fortress and situated on the Danube, Novi Sad is one of Eastern Europe’s hidden gems.

From here, head on to buzzing Belgrade, with its incredible nightlife, bohemian vibe and ridiculously cheap beer. Explore its historic streets before moving on to your next stop, Sarajevo.

Sarajevo has a fascinating and turbulent past, and this lends it a unique atmosphere. Bullet holes are still visible in its buildings from the Croatian Bosnian war which ended in the 90s, but the vibrant cafe culture, colourful markets and friendly people tell a different story. Explore more of enchanting Bosnia as you head towards the Adriatic, passing incredible scenery and stopping off at Mostar with its famous Old Bridge.

Next, it’s on to Montenegro and the mindblowingly beautiful Adriatic coastline. Kotor Bay is fast becoming a bucket list destination, so make sure you visit while it’s still fairly under the radar. It really has to be seen to be believed: admire the incredible views from the fortress, or take a tour around the traditional old town.

Beginning the return leg of the journey, you’ll head to Dubrovnik, the famous medieval walled town on Croatia’s idyllic coastline to chill out before the end of your trip.

If you fancy extending your adventure, why not continue up the Dalmatian coast via Zadar where you can relax on the many idyllic beaches – or head to one of the many surrounding Islands for the day. If that sounds tempting, just ask us about customising your trip!

Novi Sad is Belgrade’s little sister. Smaller but no less buzzing, the city centre is as beautiful as it is ancient. Beer is cheap and plentiful and friendly bars line the pavements. That’s aside from the the Petrovaradin Fortress, which is home to EXIT festival and its 200,000 revellers every July!

Visit the beautiful beach by the Danube

Admire the ancient architecture and views

Check out the cheap beer and amazing local bars

The capital of Serbia won’t disappoint you. Visitors from surrounding countries come here for the all-night party scene and friendly atmosphere. Tourists also come to see the world’s largest Orthodox church or just wander around the bohemian town centre of a bygone era.

Immerse yourself in the culture clash that is Sarajevo, with its bustling markets, colourful streets and friendly people. This historic city has a distinctly Turkish feel, adding to its unique atmosphere. They say no one ever visits Sarajevo just once – you’ll leave understanding why!

Wander round the Ottoman quarter & explore the Turkish Bazaar

Mostar is a bucket list destination – Bosnia at its most beautiful. The famous bridge which links two sides of the river was destroyed in the war, but carefully rebuilt to its former glory. Discover once war-torn town built itself back up – you’d never know from it’s friendly people, beautiful buildings and amazing food and drink.

Visit the mosque that sits above the river Neretva

Shop for handmade crafts in the bazaar

Nestled amongst the mountains and hidden from the ocean behind a stunning bay, Kotor is framed by mountains for spectacular views to rival any other. Relax by the crystal clear waters or just wander round the old town and drink local wine. It’s an idyllic place to chill out after a busy few days.

Hire a boat and sail round the beautiful Kotor bay

Dubrovnik is an absolute pearl with its wonderful marble streets and Baroque buildings, totally recovered after being bombed in 1991. You won’t be anything but awe-struck at its beauty, a medieval city perched against the Adriatic and positively beaming with charm.

Take a Game of Thrones Tour to discover Kings Landing

The quickest way to get to and from the UK will be to book a flight. Travelling by train from the UK to Budapest is possible (but involves a few night trains), but travelling back by train/bus from Dubrovnik will take you a long time, so bear that in mind!